Share Tweet Share Share Follow Follow Email View Print
PREAMBLE
The picture showing a gold star a kid who won’t wear a facemask has to pin on his clothes for all to see as an identifying badge, paired with a picture from 1941 with a Jewish woman wearing her identifying “gold star” badge, makes a powerful statement on where we are in society today, and how fast we got to this very bad state of affairs.
These badges appear to be identical symbols that segregate and target an unwanted or noncompliant group of people, imposed by hidden tyrants on the path to establish totalitarianism on a global scale. However, they are not just signs.
They are also symbols. In fact, they are entirely different symbols – one representing faith in God; the other being the principal symbol for faith in the occult.
So appearances can be deceiving, and it is important to notice and understand the differences to grasp the evolution of the intensification and manifestation of evil in the world since 1941, as manifested through the evil plans of evil people with power to manipulate people using techniques of mass psychosis and fear.
The significance in the different symbols used is found in the number of points on the star used in each instance [Nazi Germany; and Today] as the symbol of identification to target and segregate a select group of people.
In 1941 – as evil as Hitler may have been – his purpose appears to have simply been to identify and target the Jewish people. He did so in a seemingly culturally-respectful way by using one of their most cherished symbols, the “Star of David,” A SIX-POINTED STAR, something they would normally associate with anyways and wear as a symbol representing their faith in a loving God – although it should also be pointed out that the word JUDE was written in the middle of the badge, so speculation there may have been any conscious consideration to be respectful targeted for elimination would be quite a stretch.
SIX-POINTED STAR – MEANING

The Star of David became officially associated with Judaism when it was chosen as the symbol to appear on the flag at the First Zionist Congress in 1897. At that time, it became the symbol of the Jewish people, Zionism, and the Jewish communities throughout the world.
David Wolffsohn designed the flag for the First Zionist movement, which became the flag for the State of Israel when it became a country in 1948. He wrote,
“At the behest of our leader Herzl, I came to Basle to make preparations for the Zionist Congress. Among many other problems that occupied me then was one that contained something of the essence of the Jewish problem. What flag would we hang in the Congress Hall? Then an idea struck me. We have a flag—and it is blue and white. The talith (prayer shawl) with which we wrap ourselves when we pray: that is our symbol. Let us take this Talith from its bag and unroll it before the eyes of Israel and the eyes of all nations. So I ordered a blue and white flag with the Shield of David painted upon it. That is how the national flag, that flew over Congress Hall, came into being.”
Notice the gold star today’s child must wear is a symbol that recognises nothing of the unique character or culture of the person forced to wear the badge – unlike the Star of David which belonged to eh Jewish people, the 5-pointed star – a pentagon – is a symbol that signifies that the person bearing the symbol shows an association and/or loyalty. This has been the most powerful of all symbols in the occult, freemasonry, and satanism for centuries, and now they are making our kids wear them to double-down on the evil of targeted segregation and persecution.
FIVE-POINTED STAR – MEANING

The five-pointed star, known as the pentagram, is probably the most blatant occult symbol in use today. Witches Janet and Stewart Farrar explain that the five-pointed star is “one of the main symbols of witchcraft and occultism in general” (‘Hidden Secrets of the Eastern Star’ p. 82). [See: “Hidden Secrets of the Eastern Star: The Masonic Connection,” by Cathy Burns (1994-05-01) Paperback – January 1, 1783].
The star itself is known by different names throughout the occult world, such as a witch’s foot, a goblin’s cross, a wizard’s star and the dog star. Wiccan witches use its five points to mystically represent the elements of nature, earth, fire, water, air and spirit.
This symbol is one of the most prominent emblems within Freemasonry, though its significance, like every symbol inherited from the occult, is concealed behind a smokescreen of secret society ambiguity.
The five-pointed star is found on most Masonic memorabilia and represents the blasphemous resurrection rite of the five points of fellowship, each point mystically symbolising a part of the resurrection act. First – Foot to foot. Second – Knee to knee. Third – Hand in hand. Fourth – Breast to breast. Fifth and last – Left hand behind back.”
If your kid comes home with a 5-pointed gold star….well, I think you’ll know what to do if you’ve read this far.
STAR OF BETHLEHEM – MEANING 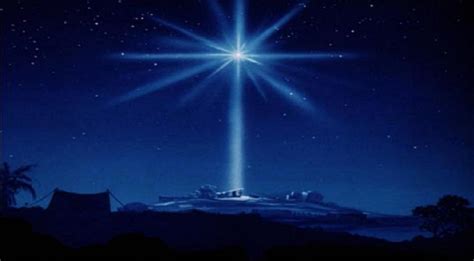 I came across the following while looking for a succinct meaning for “Star of Bethlehem”:
“What does this star mean to us? No matter how you interpret it, the text is clear that it guided these men — Gentiles, presumably non-God-fearing foreigners — to Judea and then to Bethlehem so that they could find this newborn king and worship him. The mystery and excitement of this journey kept them going as they sought the truth. They wanted to know for themselves, and so they became seekers. For any who seek Jesus will find him (“You will seek me and find me when you seek me with all your heart,” says Jeremiah 29:13).”

Click the DONATE button for PayPal or Credit Cards.

You can also send an e-mail transfer to kja321@gmail.com,  or mail a cheque to:

Click the DONATE button for PayPal or Credit Cards.